First off, I want to say, that it is not my intention to be negative about what has been said about the subject.

We heard in the conference – again – that faith and doubt can not coexist in the same heart. I both agree and disagree, based on my personal experience and from reading the Scriptures and Church magazines and literature.

First of all, it is perfectly true, that actively exercising faith tends to dispel doubt. The spiritual way this works is obvious – we enforce the positive – but it is also psychologically sound. Say, for example, that we concentrate our thoughts on something that makes us unhappy, it definitely makes us more unhappy. Conversely, if we think about our memories of situations, where we have felt very happy and/or joyful, it makes us feel better about ourselves and life in general. (Actually I wrote something about that here.) Also, actively harboring doubt and negative thoughts will drive out our faith to the point, where we won’t feel any confidence in the Lord’s promises.

To go a bit further, we must go into definitions. What exactly are faith and doubt? The way I mostly think about them in spiritual context, is that they constitute an attitude, a “default” mode to think and act. In an earlier blog post, I wrote something about faith, and I haven’t had a reason to make major adjustments to it. Faith is, at some level, an act of will. It’s impossible for us to have faith in anything we refuse to believe in, no matter the amount of evidence. I think, that doubt is a relative of faith. It is also active, an active denial of something, despite evidential claims.

On the other hand (there is always the other hand, isn’t there?), both faith and doubt are words, that are often used differently. Let’s assume somebody asks you, if you’re going to go to Yellowstone this year. Without thinking much, you say, “I doubt it,” meaning not that you actively dispute the possibility of going, but that you have no plans, and are not aware of anything to change this.

This is something, that can cause confusion. Let’s say I have these thoughts, that maybe the whole God thing is just an illusion, a grand conspiracy to exert control over people. Then I pray, read the Scriptures, or do something to help a person in need, and the Sermon on the Mount starts sounding convincing again. For that fleeting moment, did my faith disappear altogether, only to return again. If so, what if it vanishes completely, never to return. This is the kind of scenario, that is perfectly possible in the doctrinal framework of faith being totally beyond our influence, something that God chooses to bestow on some, but not others, for no obvious reason.

In the Bible, we can read about Jesus’ appearance to the Apostles in the upper room, in Luke 24:36-39. Jesus’ words are words, that could be repeated in many situations: “Why are ye troubled? And why do thoughts arise in your hearts?” I would answer, that our Adversary, is vigilant. He is ever suggesting us ways to “disbelieve” the Word. Of course, not all confusion is from Satan. Often, our attempt to apply the logic we have learned in mortality just causes our system to seize up momentarily, and we see a question begging for answer. There are two other instances, that can be helpful to ponder:

In Mark 9:17-29 we can read the story about the father, who brings his son to Jesus. Remember his answer, when Jesus asked him, if he believed: “Lord, I believe; help thou mine unbelief (note, that somewhere the Greek word that unbelief is translated from is not “apistia”, but something that translates to “doubt”).” Jesus was usually quick to rebuke the hypocrites, and he often chastised his disciples for their unbelief, but now he didn’t say anything about the subject. My understanding is, that he saw the father’s sincere struggle to overcome the attitudes he had learned during his life. The father of the boy didn’t “doubt”, he just was not able to understand how it is possible let alone how it works.

The story of “Doubting Thomas” in John’s chapter 20 is likewise something that can cast light on this question. You’ll remember, that Thomas was not present, when Jesus appeared, as described in this chapter (also above). Next Sunday, when Thomas was present, Jesus again appeared, and gently rebuked Thomas for his refusal to believe. That is the way I read it; Thomas had not witnessed it himself, and he refused to believe that something so controversial could be possible. As far as we know, Thomas did pay with his own life the price of not denying what he knew to be true, so the rebuke was apparently very effective.

So yes, it’s possible to have a certainty about some key things and principles, and at the same time have reasonable questions about details. I have strong faith in the resurrection, to the effect that I live my life with the goal of being able to stand before the Master with a knowledge, that I have done everything within my power to repent. On the other hand, if you ask me what we will be like after the resurrection, all I can really say for sure is that we’ll be immortal – I don’t know too many details about it.

I don’t think I answered anybody’s lifelong search here. Furthermore, my thoughts are often obscure and esoteric. I just thought I’d clear a source of potential confusion for the literalists. But in case it’s not clear so far: Yes, nurturing our faith, as subscribed in Alma 32 can drive out all doubt – at least to the point, where we don’t have to wrestle daily with the big questions. 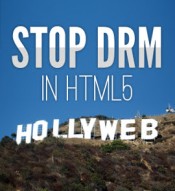