So, it is time to write about it again. I actually read my previous Faith posts — some of which may be difficult to discern, because they don’t come right out and say, “this is about Faith!”

Well, now, this one does declare that.

This is part of my philosophical education, I guess. I need to redefine some things, because other peoples’ definitions seem to turn mine into something I don’t think they are. It would bore you to explain it all so I won’t…

With Faith, one always comes back to statements recorded in the Bible as being written by Paul or by James. Paul talks about how one can only be saved by Faith in Jesus. James talks about how Faith without Works is dead (James 2 — read the whole chapter!)

We had a lesson once in a Stake Priesthood meeting, where a teacher, whom I have developed more and more respect for along the years that I’ve known him, expressed it in a kind of a shorthand:

“As much as Faith without Works is dead, so are Works without Faith.”

He offered Faith on one hand (in a literal way extending his other hand palm up). Then he offered Works on the other, and asked which one you would rather take. Let’s say that both sides had takers. Few actually realized where he was going to: In closing of the lesson he brought his hands to the classic praying position, and reminded us that we can not do an either-or deal. We must have both!

I have been reminded of late, that exercising Faith is not like unto scoring points or gathering “good works” in the other cup of a scale to overcome our sins in the other. The idea is actually alive and well among LDS members, that our final Judgment will be a sort of an act of putting our good works in the other cup, and sins/weaknesses in the other, and our Eternal Life is decided by which way the scale will tilt. In James 2, he reminds his readers, that we should not be too eager to pick and choose which commandments we “like” to keep.

Do you remember Jesus denouncing the

“scribes and Pharisees, hypocrites! for ye pay tithe of mint and anise and cummin, and have omitted the weightier matters of the law, judgment, mercy, and faith: these ought ye to have done, and not to leave the other undone“? (See Matt 23:23 — the strong emphasis added by me for my own purpose.)

So I added the emphasis to the verse cited above. Why? You may have heard the beginning part this verse quoted by a Christian as a demonstration of how we should not strive to keep commandments but to have “[fairness], mercy, and faith.” Did he in fact not say, that we need both commandments and the others?

Probably the truth of the matter remains what some of the Protestant Reformation era teachers said: Works need to be a consequence, to be spurred by a Living Faith in Jesus Christ and his Atonement to be worth our consideration. At the same time, if we don’t strive to keep commandments, how is our Faith to be shown to anyone? Remember, we also need to be the Savior’s witnesses. We can hardly repeat the Savior’s words “if ye love me, keep my commandments” without realizing, that he did in reality strongly exhort his followers to keep — and he showed by his example on occasions, that he himself wanted to keep the Law (if not the rules of the Pharisees) — God’s commandments.

Of course, we all are “short of the glory of God” if you look into it. None of us can say we’re perfect.

Finally, it is difficult to “selfishly” love others. On the other hand, we also learn to love the people we serve. I’ve noticed how my most feared assignment (teaching a Primary class) turned into an opportunity to actually love the Youth I’d be later responsible for before they were “difficult teenagers.” 🙂 Moving away from that class was emotionally as taxing as was taking it up in the first place, because I had learned to love them.

And if a person like yours truly can begin to earnestly desire to give my very best for their benefit without any tangible reward, could not more people, if they tried, actually learn to love their neighbor? Just think about it. That’s the only way we actually can “follow Jesus” because he did something tangible we can not begin to fathom with our mortal minds — well, begin. That would actually be the answer to so many social problems — and an answer that some strident atheists love to mock! But if we actually started by selflessly serving our neighbors, how much more would we be able to love them?

We’ll take the first steps of an infinitely long journey, if we but start it. At the end of it — to return back to the “scales parable” — the Atonement of Jesus will be thrown in the cup that has our good works in it; then, no matter what we have done, we will be with Jesus, if we actually confess him and bow down before him, giving him and opening to him our heart. (But see D&C 76.) 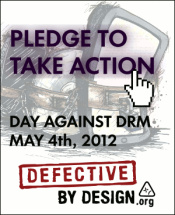